Today's post is about a small, simple item, which is still of great value to me. It is possibly the oldest item in my collection.

Although it looks quite beat up and has a lot of scribblings on the front, I immediately recognized its importance when I first saw it up for sale by a shop selling old documents.


The item we talk about is a calendar that Nintendo give away to promote their business. The item measures 24 by 14 centimeters.

The front contains details about the company and the back shows a calendar.


When I spotted the date of the calendar, I became very excited: 大正四年 which stands for Taishō 4!

Taishō is the era in Japanese history when emperor Taishō reigned. This lasted from 1912 to 1926, and Taishō 4 is equal to 1915 in the Western calendar.


This means this calendar is a hundred years old. It must have been produced in 1915 or 1914! Nintendo had existed for 25 years at that time and was still managed by its founder Fujisarō Yamauchi.

Nintendo takes to the air in its 2012 company guide

The Nintendo company guide from 2012, presented to new (prospective) employees in Japan, does a nice job visualizing the global impact they can expect to have, as their creations will travel the world.


Mario is presented on the front, sporting a captain suit of the imaginary NTD Airlines. It is not often that you see Mario in suit and tie, but he wears it well.

The book measures 30 by 20 centimeters and has 64 pages. Underneath the dust jacket, the book's front and back covers are decorated with nice art from (then) recent games. 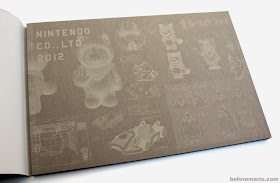 The air travel theme is carried out throughout most of the book, starting with a page with some great fantasy airport signs and luggage labels. 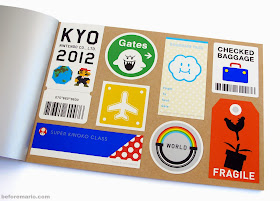 The first part of the book contains a visual story of around ten pages, with Nintendo games and figures traveling the world.

I recently had the pleasure of being interviewed for Nintendo Dream magazine (ニンテンドードリーム). Nintendo Dream is the only Japanese magazine dedicated fully to Nintendo games. The monthly magazine, often referred to by its abbreviated name Nindori (ニンドリ), is focused on new games for the Wii U and 3DS, but also occasionally covers older platforms and retro games. It is a magazine that most Japanese Nintendo fans read regularly, so a great platform to showcase my collection. 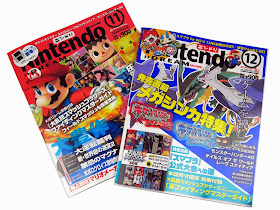 The interview was split in two parts, appearing in the November and December issues of this year (number 11 and 12 of 2014). The December issue is currently for sale in Japan and online shops like amazon.co.jp sell back issues. 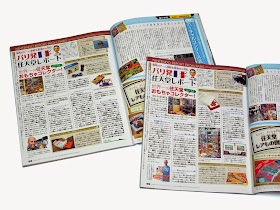 The interview covers my collection and topics like how it started, where I have found all these items and what I like most (a similar interview appears in the Before Mario book that has just been released).

The birth of modern day Nintendo

As readers of this blog will undoubtedly know, I have recently written a book about Nintendo's toys and games from the period 1965 to 1983.

The book is called BEFORE MARIO. 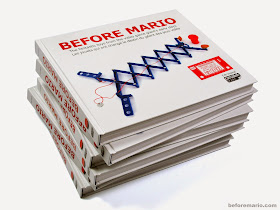 After months of writing, photographing and designing the book, it was delivered by the printer about a week ago. What a great moment it was, to finally hold the result of all that hard work in my hands.

A good moment to take a closer look, I think! 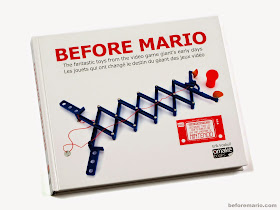 BEFORE MARIO is published by Omaké Books, a French publisher that specializes in video game culture and history. They are well-known for their History of Nintendo series. 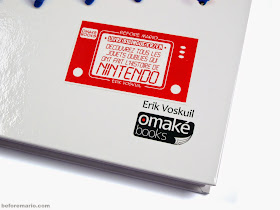 The book has a hard-cover and 224 full-color pages printed on high-quality paper. It measures 24 by 20 centimeters and weighs a cool kilogram!

The text is presented side-by-side in two languages: English and French. The integral text is provided in both languages. 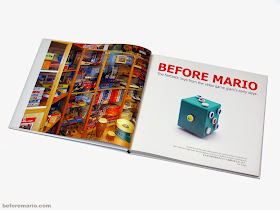 I am very proud that the book includes a foreword by Satoru Okada.

Okada joined Nintendo in 1969 and was part of the team that created most of the wonderful toys featured in BEFORE MARIO. When Gunpei Yokoi left Nintendo in 1996, Okada took over as general manager of the Research & Engineering department. Under his management, this team developed the Gameboy Advance and Nintendo DS. Okada retired a few years ago.