As regular readers of this blog will remember, I exhibited part of my collection at last year's Gamescom in Cologne, Germany. This five day event is a massive gathering of tens of thousands of people with a passion for games new and old.

Although I did post about the preparations of this exhibition and showed you around the beforemario items on show, I recently realised that I had forgotten to share the final bit of what was supposed to be a three part write-up. So here it is, the conclusion of a great week in Cologne in August of 2015.

Soon after getting everything over to the exhibition hall, unpacking it and arranging it in the show cases, the show opened and the first visitors started flocking in. The first day was still relativity quiet, as it was for trade vistors only. But the key word here is relatively, as it meant it was busy rather than crazy busy (the final weekend would be madhouse).

It was so much fun seeing people interested in - and often excited by - the vintage Nintendo items that I had brought with me. 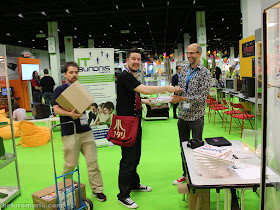 We were still finalizing the stand when the first vistor already appeared, buying no less than two copies of the beforemario book! 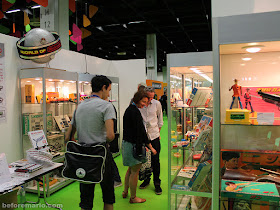 Various representatives from the press also paid a visit on the first day. 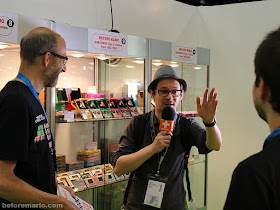 Folks from all ages enjoyed the exhibition, recognizing toys from their youth or seeing these retro games for the first time. 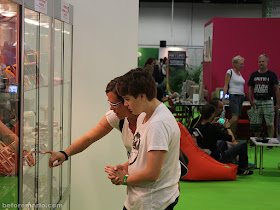 Until recently, three Nintendo plastic puzzle games were known to exist: Challenge Dice from 1969, the familiar Ten Bilion from 1980 and the rare Crossover from 1981, seen here below left to right on the top row. 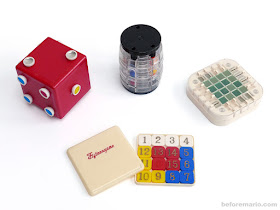 But now a fourth puzzle popped up, which predates the Challenge Dice and is even rare than Crossover. The game is called Fifteengame (フィフティーンゲーム). 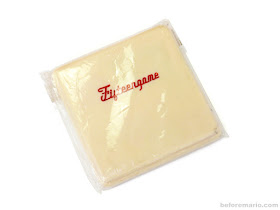 Although an exact year of release is not known, given the style of Nintendo NG logo used it must be from the early to mid 1960s.

Disney movies and characters became very popular in post-war Japan in the 1950s and Nintendo acquired a license to produce games featuring them in 1959.


The game shown here is one of the early examples of this. It is called Disney Mickey Mouse Card (ディズニーミッキーマウスカード). 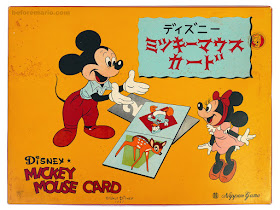 A copyright sign on the front mentions 1961, but it is assumed this relates to the original artwork rather than the Nintendo release of the game, which is believed to be 1963.

Ads for Nintendo playing cards from 1957

Vintage magazines often provide interesting glimpses into the past. 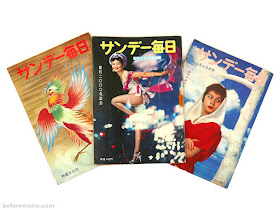 In this case they also include a little bit of Nintendo history, as we will see. 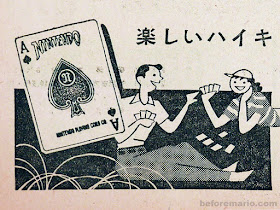 The magazines shown here are three editions of Sunday Mainichi (サンデー毎日). Sunday Mainichi is a weekly Japanese publication that first appeared in 1922 and still exists to this day. 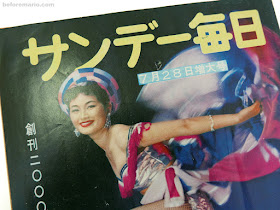 These particular copies all date from 1957, a mere twelve years after the end of the second world war.

The Ultra Hand is an important part of Nintendo's history. It marks their start as a toy company and also was the start of the toy design career of Gunpei Yokoi.

Recently I was lucky to find a Nintendo Ultra Hand in the box version from the early 1970s. This had been on my wanted list for a long time. Although the one I found wasn't in perfect condition, these are so rare that I happily added it to my collection.


I had been on the lookout for more than fifteen years for this version, after first seeing a tiny picture of it online. As I could not find it in any vintage toy shop in Japan, nor on any auction site, I was beginning to wonder if it really existed.


This box version was also featured in a 1973 Nintendo leaflet that shows the toy range that Nintendo sold in the early 1970s.


On the back of this leaflet the Ultra Hand was shown in a new box design, next to other toys from that era like the Mach Rider and Ele-Conga. 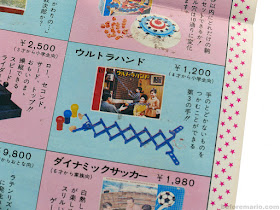 The Ultra Hand was first introduced in 1966 and became Nintendo's first million seller. Seven years later this sales boom was long over, but Nintendo must have still believed in this product, or had surplus stock, when they introduced a new box design. As it was well past its hype days, it must have sold in small numbers at that time. Which would explain why it is so hard to track down in this version.

Some time ago I received a vintage Nintendo catalogue as a gift from a fellow collector. This catalogue shows the range of playing cards that Nintendo had for sale in Japan in the early 1980s. It was produced for sales staff and toy store buyers.

It was printed on heavy paper not unlike that of playing cards and was clearly intended to highlight Nintendo's ability to produce print work of the highest quality. 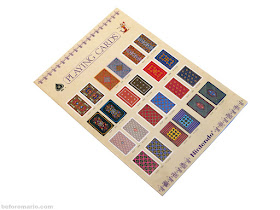 The six-page catalogue dates from July 22 1983 (printed on the catalogue using the Japanese calendar: 昭和58年7月22日). To put this date into perspective in Nintendo's history: this was one week after the release of the Family Computer. Although Nintendo was very busy conquering the world of electronic entertainment, at the same time it also still carried a substantial range of playing cards (in fact, it still does so today).

The first four pages are used to showcase Western style 'trump' (トランプ) playing cards in many different geometrical designs. The designs are presented in pairs with slight colour variations, intended for games that require two card stocks to play.

Various levels of quality are offered which differ in card material, size and thickness. Prices range from ¥1,200 for the most expensive to ¥500 for the simplest set. 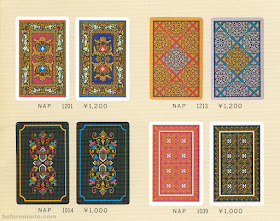 Most of these cards are made from plastic. This is also reflected by their product codes: all cards with codes that include 'NAP' are plastic. 'NAP' is short for 'Nintendo All Plastic'.

In 1953 Nintendo started producing playing cards that were made entirely out of plastic. It was the first company in Japan to do so. Although printing on plastic complicated the manufacturing process - as the ink smears more easily and takes longer to dry - it produced much more durable cards that retain their shape and colour better.

Not all offered cards in this catalogue are plastic though; some of the cheaper sets are made from paper, as indicated with the kanji for paper (紙). 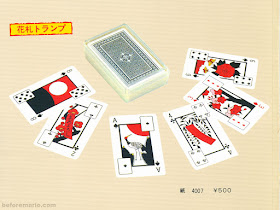