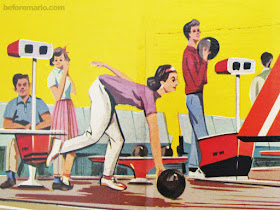 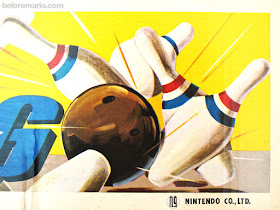 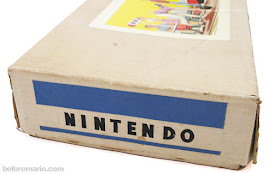 Nintendo leaflet from the 1970s

It wasn't until the introduction of the Game & Watch series in 1980 that Nintendo really started doing significant business outside of Japan. For the 90 years that it had existed previously, it was catering mostly exclusively to the Japanese market only.

However, in the 1960s and 1970s many efforts where already made by Nintendo to expand its business abroad, be it with limited success.

The leaflet shown here is an example of such efforts. It was most likely used to hand-out to foreign game and toy buyers, and other interested sales leads, maybe at an event like a trade show. It was recently found in the archives of the United States Patent and Trademark office. 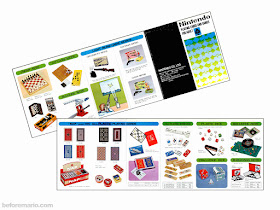 The leaflet is foldable affair, printed in color on two two-sides, with six sections on each side.

The toys and games shown include light beam games introduced in 1976, but nothing newer, so it can be dated to the second half of the 1970s.

The title on the front clearly states Nintendo's target market: "playing cards and games for adult". At this time, Nintendo also produced many games aimed at children in it's home market Japan. But for sales abroad it choose to focus on the adult market segment, with games mostly already known in the Western world, like cards, chess and roulette.

Also keep in mind that many of the children's toy that Nintendo produced and sold in Japan where adaptations of licensed American and British games, and it did not make any sense to export these back to the West.