The image below is the first known appearance of the Nintendo company name in a USA newspaper, maybe even the first mention of it outside of Japan. 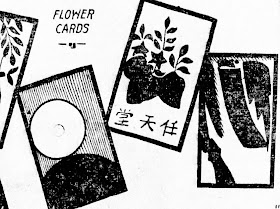 We see a set of Hanafuda (花札), a type of Japanese playing cards, produced by Nintendo. The company name is written in Japanese kanji characters (任天堂), in right-to-left reading direction, as was common at the time. 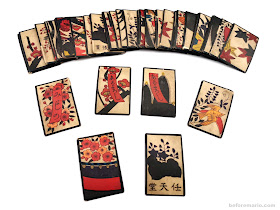 At the time of this publication, Hanafuda were Nintendo's bread and butter, and Nintendo was one of the most well-known playing cards manufacturers in Japan. The newspaper in question is The Daily Notes of Friday December 4 1931, published in Canonsburg, Pennsylvania. 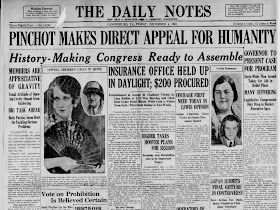 On the back we find the so-called 'funnies', the section with comic strips. 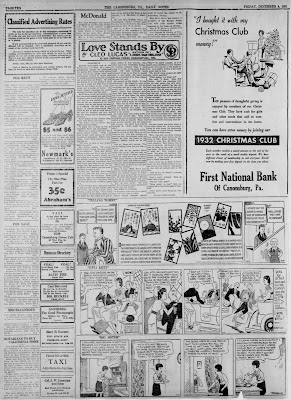 One of these is "Telling Tommy", an educational series created by W. Paul Pim, that offered a daily tidbit of information. 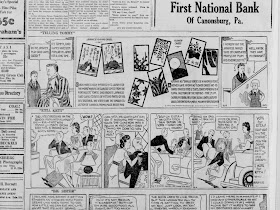 In today's episode, Tommy is schooled about Japanese playing cards.

His father is telling the truth. Playing cards were popular in Japan. 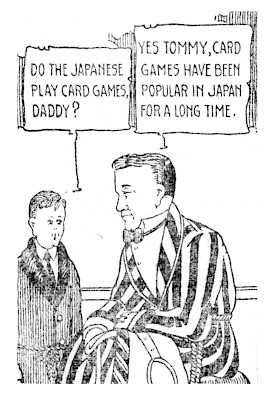 Besides Hanafuda, the comic strip also mentions Hyakunin Isshu (百人一首), referred to here as "single verses of hundred people". Nintendo also produced this type of cards, also we cannot be sure that the examples shown here were based on a set made by Nintendo. 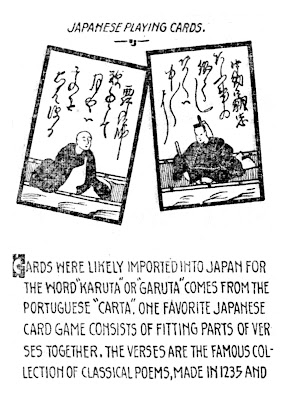 In the next panel we see the Nintendo name appear. The cards have been accurately depicted, clearly based on an actual set or picture thereof. 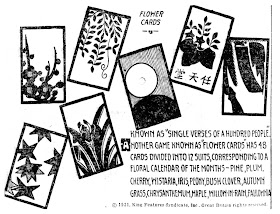 The strip closes with a remark about bananas by Tommy's sister Betty. Betty is clearly not aware of the cultural significance of plum and cherry in Japan, but we forgive her. 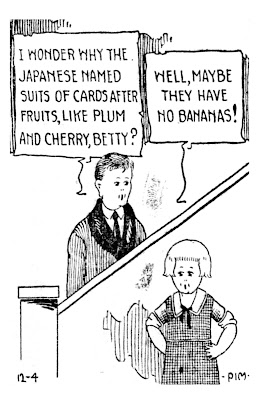 This closes our story about this small, but interesting footnote in Nintendo's history.

Credits go to Marcus Richert (@marcus_richert on Twitter), who discovered this newspaper strip. The newspaper images are sourced from newspapers.com.