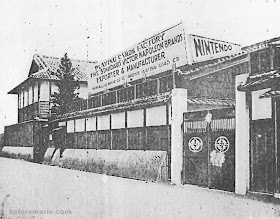 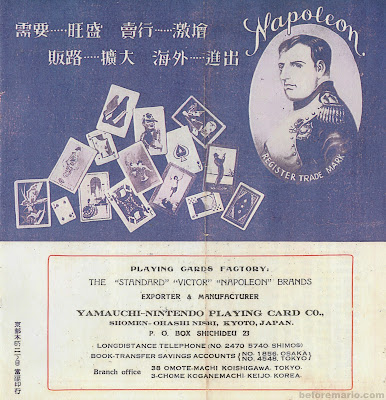 Other brand names used at the time by Nintendo were Standard and Victor.

It is not known if this happened with the full consent of the other companies, as part of business deals or partnerships, or if this was an act of creative 'borrowing' or straight-up plagiarism. Fact is that a manufacturer named The Standard Playing Cards company existed in the United Stats already before Nintendo was established, and it appears that American companies also used the Napoleon name, possibly referring to the card game with the same name.

An interesting article, in Japanese, on this somewhat hazy part in Nintendo's history can be found here.

Of the various alternative brand names, Napoleon was the most broadly used by Nintendo, in particular the image of the emperor looking at half profile. 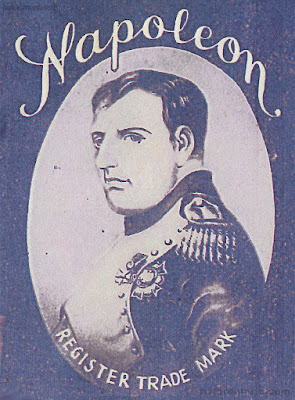 Although the Napoleon name itself was dropped, his face continues to adorn Nintendo playing cards to this day.

These so-called President (daitōryō or 大統領) versions are the most recognisable and longest running playing cards by Nintendo. 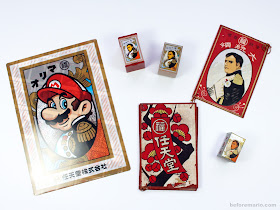 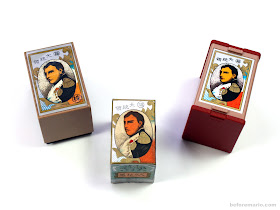 The exact date of these is unknown, but based on the tax stamps, it is probably 1930s or 1940s. More on that below. 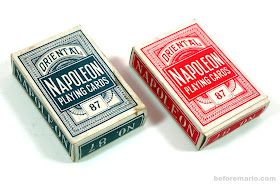 The cards are named "oriental" because of their design, more on that below as well. 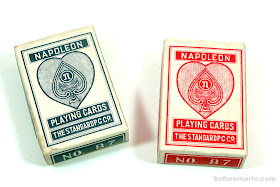 On the back, the maker is identified as The Standard Playing Cards (P C) Company, one of the names used by Nintendo. Also included is the ace of spades logo. This letter N usually denoted Nintendo, but here it conveniently could also refer to Napoleon. 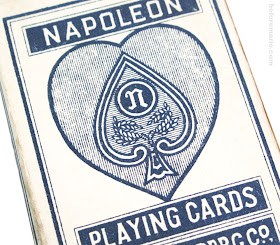 To this day, the ace of spades logo is used to brand Nintendo playing cards. A more detailed look at this logo can be found here.

The Napoleon playing cards are made from paper, predating the plasticised type introduced by Nintendo in the early 1950s. 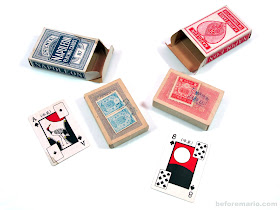 The packages are sealed in paper wrappers and tax stamps are affixed to both sides. For a time period in Japan, a tax levy was placed on items that could be used for gambling, including playing cards. 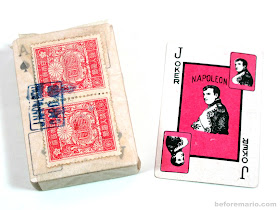 The tax stamps are stamped to invalidate them, with "J Napoleon Card Company". This is yet another brand variant, with the J possibly representing Japan? 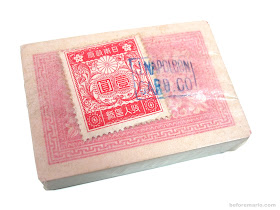 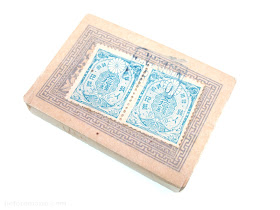 The decks are Western style playing cards, with the standard four suits: spades, hearts, diamonds and clubs. Additionally, they are decorated with hanafuda cards. 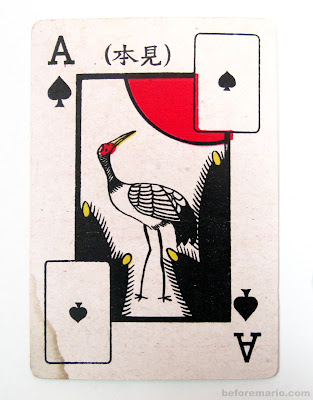 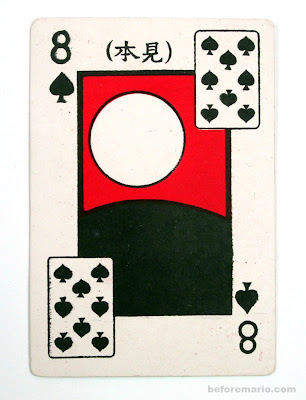 Besides giving them a nice look, and making them feel "oriental" (hence the name on the package), this also allows the cards to be used for a game of hanafuda as well. Two for the price of one!

A previous post about Nintendo vintage playing cards can be found here.