In the first part of this post, Nintendo's Iroha Karuta were introduced. This is an educational card game, that helps children learn the Japanese hiragana script.

Nintendo wasn't the only company producing these cards, and in order to beat the competition and make sure the public continued buying their sets, new designs were regularly created.

In the 1970s, Nintendo expanded its line of Iroha Karuta with a new, broad selection of themed sets that catered to many different interests, as we will see below.


This series of Karuta is recognizable by bright, colorful drawings on the box front. 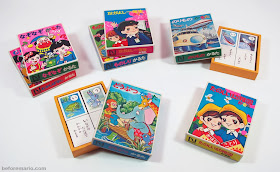 Let's take a closer look at each of these sets. 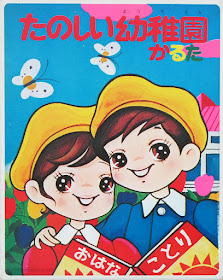 
The cards show scenes from the lives of boys and girls in kindergarten. Because these children will only just have started reading hiragana, the phrases are relatively simple. In cases were katakana is used in the phrases, the related hiragana are also provided next to them. As katakana is usually taught after hiragana, it may not be well-known yet to all children of this age. 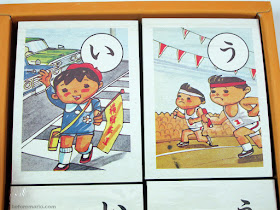 In one of the examples shown here, the grabbing card with 'い' needs to be spotted and picked up (grabbed) when the corresponding reading card with the phrase 'いそいでわたるうおうだんほどう' is read. This translates to 'Let's cross the zebra crossing in a hurry'.

For more details about the game rules, check out part 1 of this post. 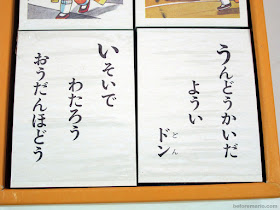 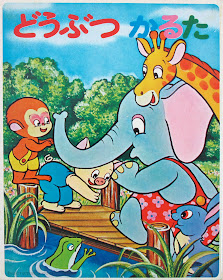 This theme is really self-explanatory, isn't it? Cards with animals.


All these Iroha Karuta sets use Nintendo's standard box design from the early 1970s, with the letter 'N' logo on the side. 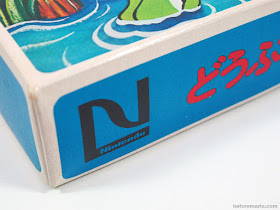 The box also contain a logo with the text '任天堂 いろは かるた', which of course means 'Nintendo Iroha Karuta'.


I realize that in the first part of this post I forgot to explain why these cards are called 'Iroha'. The reason is actually quite simple. The hiragana symbol set is organized in a certain order, just like the Western alphabet (A, B, C etc). The hiragana table most commonly used in the past starts with 'い', 'ろ' and 'は', which reads as 'i', 'ro' and 'ha'. This is called the iroha ordering.

These days, a second ordering - called gojūon ordering - is actually much more common. This ordering is more logically structured (but less poetic), and starts with the symbols 'あ', 'い', 'う', 'え', and 'お', which reads as 'a', 'i', 'u', 'e' and 'o'. However, up to the present day, Iroha Karuta are still called that. It also sounds better than Aiueo Karuta would sound. 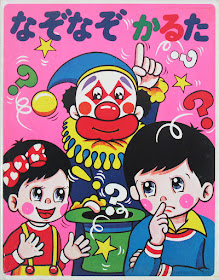 The reading cards of this set contain riddles, with answers. 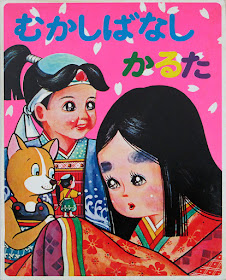 
The Nakayoshi Karuta (なかよし一年生 かるた) set must have been a popular set back in the 1970s, because it is one of the sets that you can find relatively easy these days. 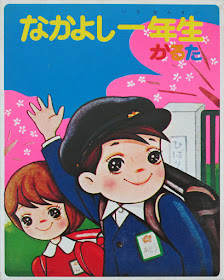 
The Mono Shiri Karuta (ものしり かるた) or 'Know-it-all Cards' are almost too educational. 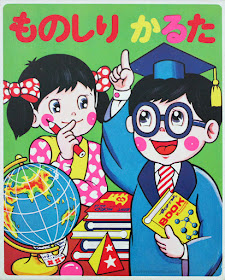 Not only do these teach hiragana, but they also provide an interesting bit of trivia on each card.


The final set of this series is called Norimono Karuta (のりもの かるた), or 'Transportation Cards'. 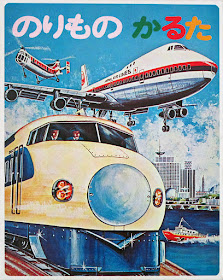 This set contains cards with all matter of trains, planes and automobiles. Boats and rocket ships are also included.

The front shows a picture of the original Shinkansen train from 1964 (the so-called '0 series'), which introduced the world to high-speed train travel. Around the time when this set of cards was created, only a handful of years after the Shinkansen launch, this train was still very new and extremely modern (well, I think they actually still look modern today).


That's it for part 2 of the coverage of Nintendo's Iroha Karuta.


For more information about Iroha Karuta, check out part 1 and part 3 of this post. 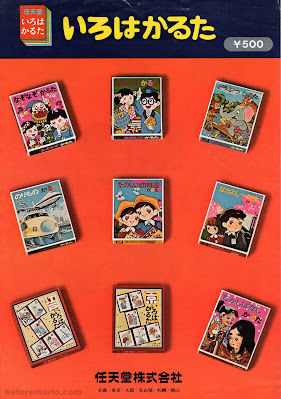